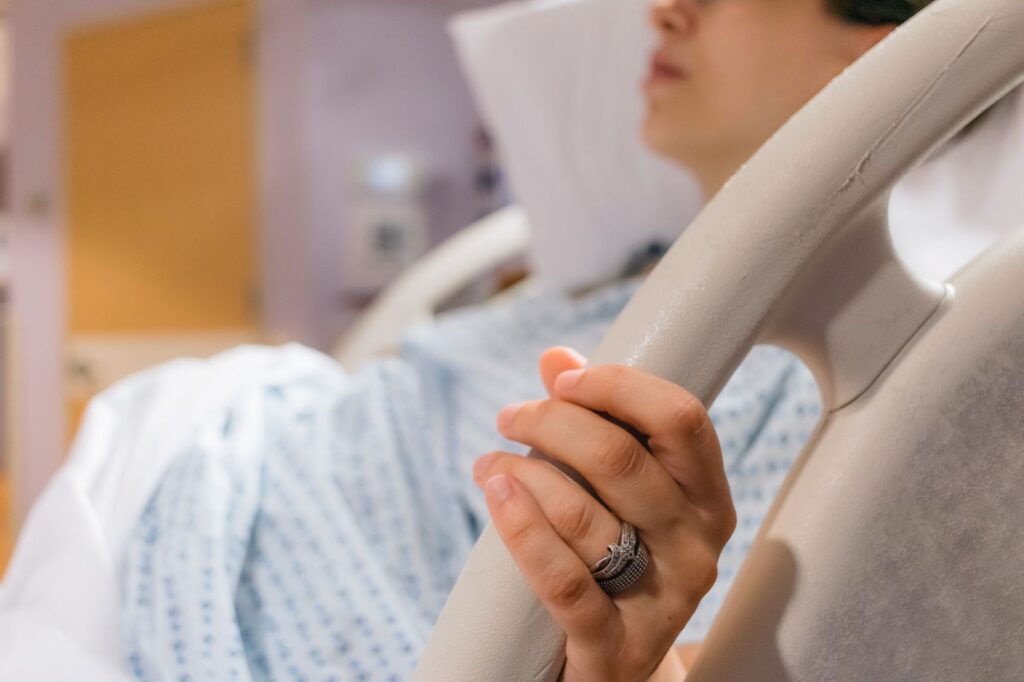 In 20% of women, labour may need to be induced. There are several reasons for this, some because of concerns about the baby and others about the mother and sometimes a combination of maternal and fetal (Mother and Baby) indications.

The most common reason for induction is to prevent prolonged pregnancy (over 42 weeks), which carries extra risks for the baby.

Any decision should be carefully considered with a suitable consultation with a midwife or Obstetrician.  This discussion should include full explanation of benefits to mother and baby and also the risks.  For example, the benefits of induction of labour for maturity (going past your due date) is a reduction in the incidence of unexpected stillbirth in late pregnancy.  The risks of induction are however very low, occasional overstimulation of the uterus or very rarely an adverse reaction to the drugs are two examples.  These is very rare, but nonetheless the risks should be discussed with the patient.

How Do You Induce Labour?

There are several ways of trying to induce labour and the method used will depend very much on the favourability of the cervix (this is determined by an internal examination to see if the cervix is soft, stretchy, open and babies head is down – these are favourable conditions.  If it is firm, long and closed and the head is high then induction of labour may be more difficult as conditions are not so favourable)  The Bishops Score is a scoring system used to assess the condition of the cervix and therefore predict whether induction will be needed.  A score of 5 or less usually indicates that labour will not commence without induction.  A very low score may indicate that induction will not be successful.  A score of 9 or more normally indicates that labour will commence spontaneously.  The higher the score, the more likely you are to have a successful vaginal delivery.

A Membrane sweep (a sweep) would normally be considered before any drugs or invasive procedures were undertaken.  This will involve an internal examination by the doctor or midwife who will attempt to insert a finger through the cervix and try and separate the membranes that surround the baby and stimulate local hormone release. When the cervix is favourable this may work in 1 in 3 cases. If the cervix is unfavourable this is unlikely to work.  This is normally done between 40-41 weeks.  This can be an uncomfortable procedure that can produce a small amount of bleeding but it is very safe.

The most common way for labour to be induced is using a Prostaglandin gel, tablet or pessary, which is inserted into the vagina.  Some women will go into labour after the first dose, but it is not unusual to need 2 or 3 applications at 6 hourly intervals.   The gel will usually produce some significant contractions and your baby’s heart beat should be monitored carefully for the first hour or so after the use of the Prostaglandin.  Some women respond quickly and others may have a delayed reaction and a few (especially where the cervix unfavourable) may not progress. After the initial monitoring, you will be encouraged to stay mobile but near the hospital.

This is an alternative method of induction but can only be performed once the cervix has started to open.  It is also often performed to speed up a labour which is progressing slowly.  It is often combined with the use of Syntocinin.  Once the cervix is open enough, the membranes can be artificially ruptured by a Midwife or Obstetrician using an Amnihook.  The Amnihook can look pretty scary, it is a long thin stick that resembles a long crochet hook.  The procedure can be a little uncomfortable but it should not hurt.  If it feels uncomfortable when you are being examined, you might like to use the Gas and Air whilst this is being done.

If the use of Prostaglandin is thought to be unsafe or unsuitable or if the cervix is very favourable but contractions are not very effective then a combination of membrane rupture and an intravenous drug called Syntocinon may be used. Syntocinon is a synthetic form of the hormone oxytocin.  Once this drug is used, it does require continuous fetal heart monitoring using a CTG (Cardiotocograph) so you will stay within the hospital and sometimes on your bed.

With the use of Syntocinon, labour may be more painful and the use of effective pain relief such as an epidural is likely to be increased.

Will Induction Increase My Chances of Needing a C Section?

Contrary to popular belief, it is now well established that induction of labour actually reduces the chance of an emergency C Section and reduces by 50% the chances of unexpected serious problems with the baby (compared with those that are not induced.)

Can I Ask to Be Induced?

Induction of labour at the mothers request can be safely done from 39 weeks but only if there is a careful assessment of the pros and cons and in the right conditions.  The more favourable the cervix, the more successful the induction is likely to be.

Do you know all about Assisted Delivery?

Would you like to chat to other mums about being induced? Come and join our Online Antenatal Classes and find our Closed Facebook Group which is full of likeminded women who are all going through the same thing as you!