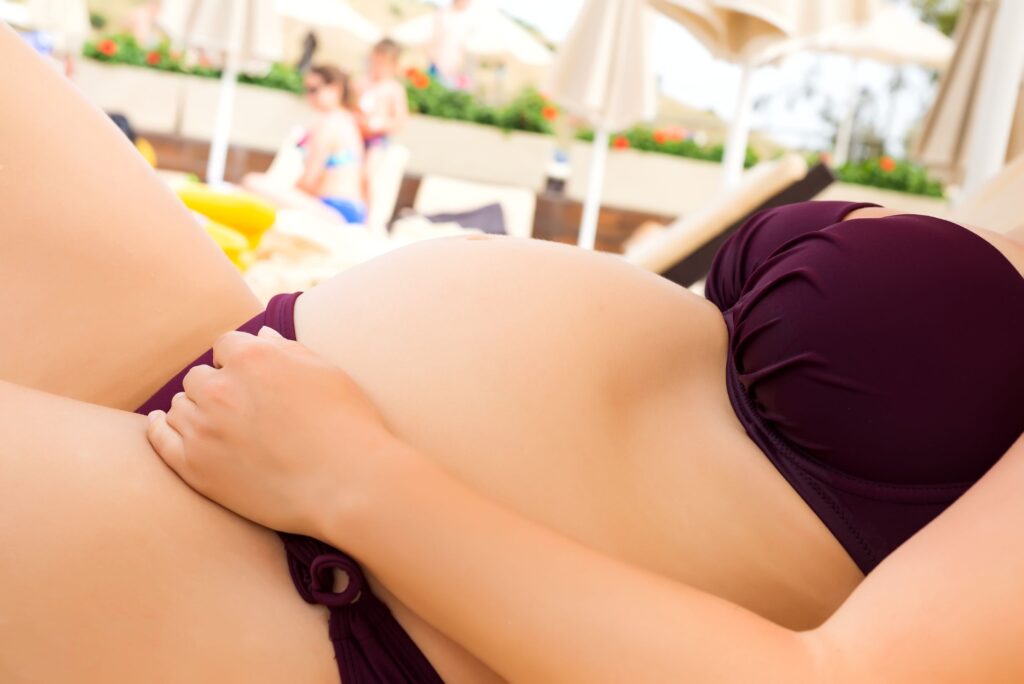 What is a Breech Baby?

Breech Babies occur in about 3 percent of pregnancies.  There are different types of breech presentation, but basically this is when the baby is bottom first with legs and feet in various positions. The significance of this position is that is less favourable for a safe vaginal birth.  This is related to the fact that the bottom and the feet may not fit well into the pelvis and also because the head (the widest part of the baby) is delivered last.  Breech births are therefore linked to increased problems in delay or difficulty in delivering the head, cord entanglement and an increased chance of trauma to the baby’s head and internal organs.  For these reasons, delivery is much safer by a planned Caesarean Section.

Why Are Some Babies Breech?

Breech position can be associated with an abnormal shaped uterus or conditions such as prematurity, twin pregnancy and extra fluid surrounding the baby. It is sometimes associated with congenital dislocation of the hip which prevents the baby kicking round to normal head presentation.  When you have had one breech baby you are more likely to have another one in subsequent pregnancies.  However many breech babies have no obvious explanation and the outcome is extremely good.

How do I know If My Baby is Breech?

Some women are aware that the baby’s head is under their ribs and complain about feeling a hard lump especially when they sit in certain positions.  Others feel kicking down at the bottom of their uterus rather than at the top, but some breech babies are more difficult to diagnose.  It can be difficult to feel the head if it is high up under ribs and sometimes the baby’s head is missed completely and wrongly diagnosed as being deeply engaged.

If your baby is breech, where the bottom or feet of the baby are leading the way out of the uterus, you may be feeling concerned about whether or not it will turn the right way in time for the birth.  You may be advised to have a Caesarean if the baby does not turn.  For some women this news can be alarming if they were hoping to avoid a C Section.  For others this can be a relief as they were dreading having to try giving birth vaginally. You may be offered a procedure called External Cephalic Version (ECV) where a doctor will try to turn the baby by hand.  This is normally done after 36 weeks and involves a short trip to the maternity unit.  This is a very safe and often successful procedure. You may be given a drug to make the muscles of your uterus relax.  It does not hurt but can feel uncomfortable, as the doctor will have to use gentle force on your tummy to try and manipulate the baby inside your womb.  If this procedure does not work then you may be offered the chance for the doctor to try again, or you may be given some exercises to do at home.  These can be very successful in turning the baby into the correct position.

Another thing to try at home is Moxibustion.  This is a traditional Chinese medicine approach which involves burning a Mugwort cone or stick by your feet.  You can purchase your Mugwort cone for less than £5 at your local Chinese Medicine shop.  You may not have noticed one near you, but the chances are, there will be one on your high street or in a near by town.  It is a completely safe practice but there is no proof that it works!

Approximately 1 in 4 breech babies are not discovered until labour.  This may be a big surprise to the mother and the midwife.  Diagnosis may be suspected by feeling the baby’s bottom rather than head and this is usually confirmed by a scan in labour.  Once diagnosed, this usually results in an emergency Caesarean Section which may be a bit traumatic for someone in advanced labour and expecting a normal vaginal delivery.

Occasionally diagnosis may be made in second stage of labour when the woman has already started pushing.  If this is the case, it is usually safe to proceed with an assisted breech delivery by an obstetrician.  The fact that the neck of womb is fully open and the bottom is so low down suggests that a vaginal delivery is likely to be uncomplicated.

If there is any doubt after 36 weeks about which way up your baby is, then please ask your doctor for a scan to clarify the situation.

Want more information on Breech Babies? Come and sign up to our FREE Online Antenatal Classes. Join our closed Facebook Page and chat to other mums about their experiences!

You might feel that you want to learn about Emergencies in Labour.  We hope this does not frighten you. but just helps you to understand that sometimes things do not go according to plan, and if this is the case for you then you will be in good hands.